TARRAH KRAJNAK
TARRAH KRAJNAK
project archive > Tarrah & Wilka
TARRAH & WILKA COLLABORATIVE WORKS (2004-2009)
This project, comprised of several interrelated bodies of work, aimed to unravel the ways in which the female body is represented throughout photographic history. We were determined to research, uncover and act out, for the camera, poses and visual tropes that had passed, almost invisibly, into cliché and pop archetype. We were particularly interested in formulas we found in the contemporary images of women produced by other women and in tracing these trends back to their historical roots. We put together a body of work using performance, photography, and the language of the archive that confronts, head on, the peculiar and telling persistence of motifs such as the sickly woman, or the dying Ophelia, creating our own jarring catalog of types and forms. 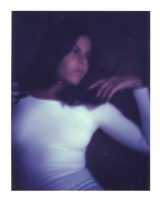 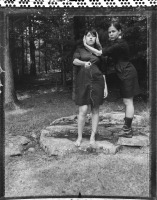