TARRAH KRAJNAK
TARRAH KRAJNAK
1979: CONTACT NEGATIVES > Performance & Installation
"A lightly-blurred 1979 image of a topless nightclub performer projects against the remaining, leaning pedestals. Dimly lit, the room feels like the site of a conjuring or ritual....Her photographs also have an inquisitive, performative quality that recalls the performance documentation of Yoko Ono, Carolee Schneemann, and Yayoi Kusama, all at work in the 1960s and 1970s and all masterful mergers of spontaneity and polish. Krajnak appears simultaneously aware of the camera and lost in her own experiment, an effect that makes the viewer feel both voyeuristic and entirely necessary..... Krajnak’s installation feels far less like a reconsideration of the past than a portal through which past and present collide and collapse into each other—representations of the politically-shifting place and time of her birth encompass Krajnak as she navigates and poses, trying to figure out how her body fits within the image-scape of her past"
– Catherine Wagley, Contemporary Art Review LA 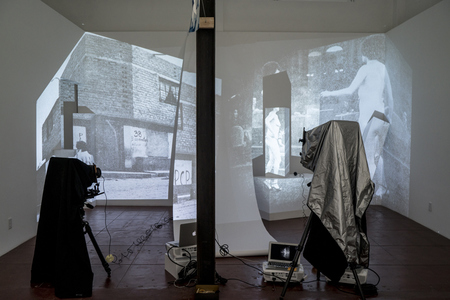 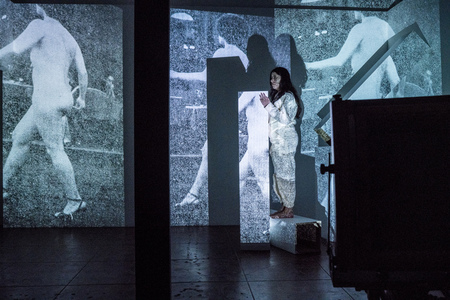 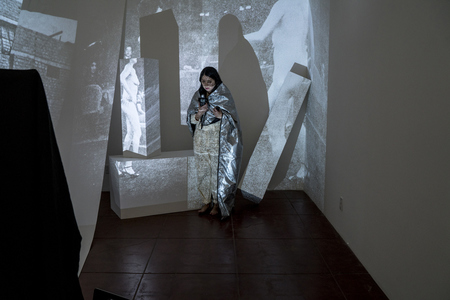 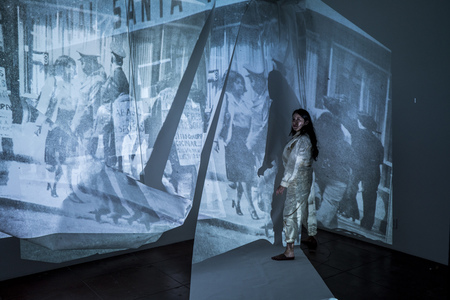 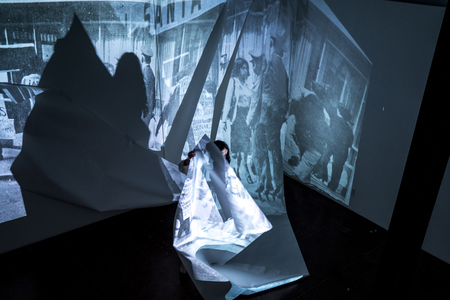 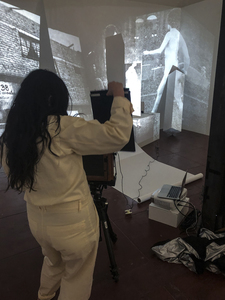 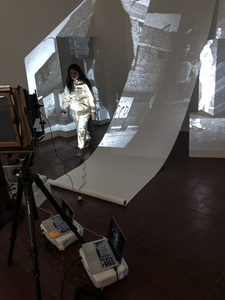 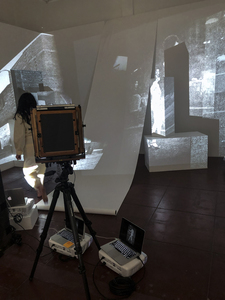 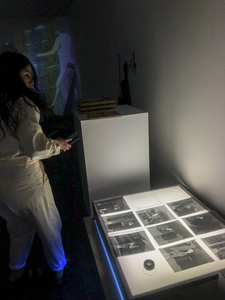 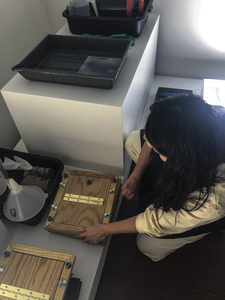 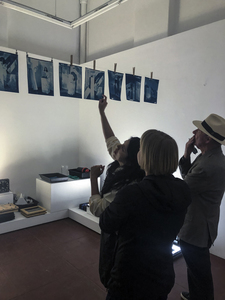 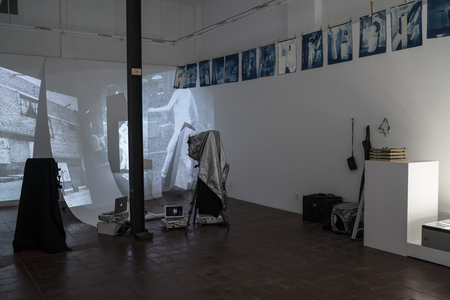 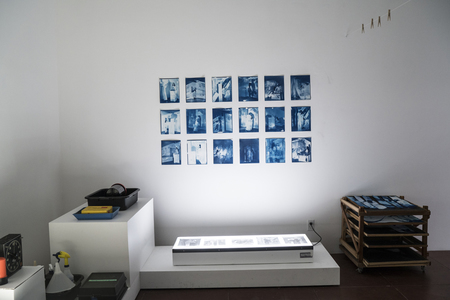 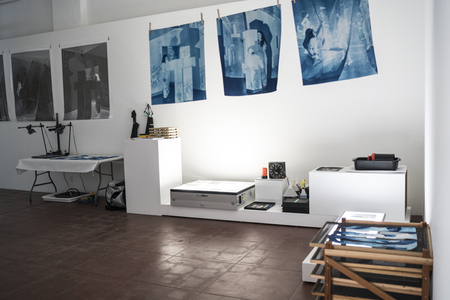 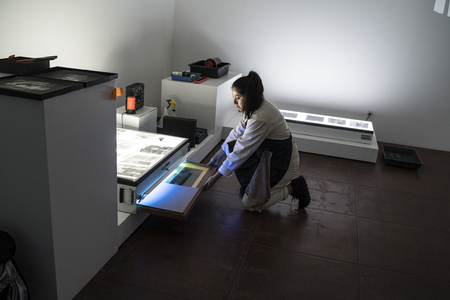 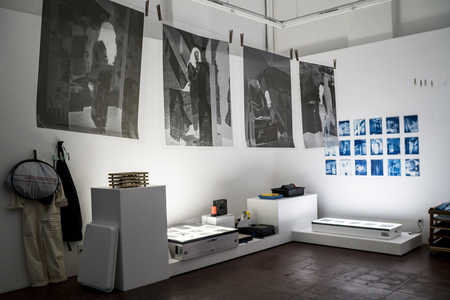 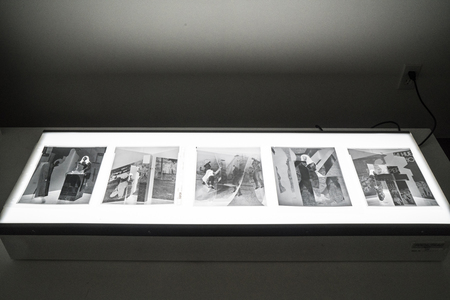 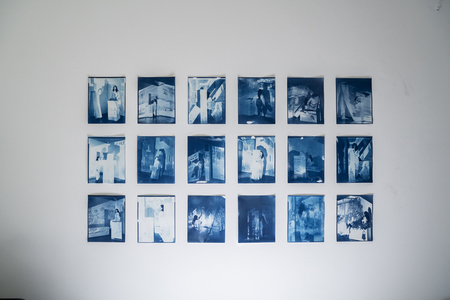 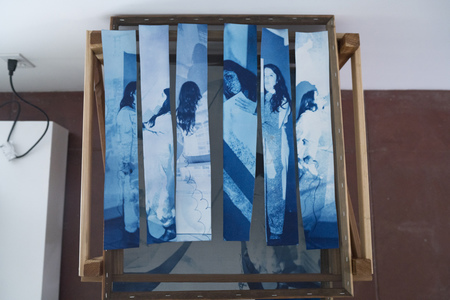